It is no longer news that The Ministry of Transport Enugu is suddenly taking over the duties of the police and the traffic wardens.

Just few weeks ago, it was gathered that all the transport workers of Obiagu/Ugwuaji routes took to a one day strike.

A strike which was aimed at correcting the wrong impression posed by some irresponsible officials of Enugu State Ministry of Transport who are placed on surveillance to ensure compliance to traffic regulations.

It was gathered that these officials intimidate transporters, extort them and what’s have you.

On the said day, a peaceful protest to the government house was organized by the transporters because they saw it as the last option and a way to tender their grievances to the state government.

These moves taken so far by the transporters have however seemed not to have yielded ripe fruits when yesterday an official of MOT Enugu jumped onto the steering of a moving bus which caused the driver to loose control of his vehicle.

Our correspondences who witnessed the incident reported that the MOT official jumped into the vehicle from the drivers door to drag the steering with the driver.

They reported that with such act, when the driver had loosed consciousness of control, the vehicle ran into the men and women who were selling by the road side, thereby causing about four serious injuries with goods worth thousands destroyed.

Our correspondence who pleaded anonymity has the following to say;

“I was around the scene, I witnessed the incident, I was monitoring the environment as a result of several cry out on extortion and intimidation.

The vehicle was on motion, it was moving towards the correctional center from Holy Ghost round about when the MOT official first of all grabbed the steering of the moving vehicle, the next thing I saw was him dragging it with the driver who was still inside the bus, then boom, a crash into those people selling perfumes, plastics and wears by the road side.

The moment this accident occurred we saw all the officials of MOT from different areas of old park running towards their towing vehicle which was parked directly opposite the correctional center and the next thing; they zoomed off through new market route”.

The driver of the bus Ike Okafor narrated that he was driving when suddenly the MOT official attacked his steering and steered it to the right park side which made him to loose focus of the road.

Ike said he was shocked because he didn’t do anything and that he would have stopped or parked if he was directed to do so by the official of the Ministry of Transport Enugu.

This is Ike Okafor, the bus driver.

Other witness however went after the MOT officials who were taking to their heels but before they could reach, their vehicle had zoomed off.

A witness cried out on the government of Enugu State to deploy responsible persons who are capable of doing the job required of MOT, he called for a proper check on their activities in the state.

Another witness reported that they almost caused death at some parts of Enugu about three days ago when they dragged steering with another driver at Gariki, he said that these officials go about extorting and intimidating innocent drivers and appealed to the Commissioner for Transport and the State Governor Honorable Ifeanyi Ugwuanyi to intervene into the issues arising in order to curb future reprisals or retaliations.

One of the victims

One of the victims of the accident who was crying out “MOT, MOT, MOT” thanked God for saving her life but warned the state government to come to the rescue of drivers in Enugu State, she narrated how she has witnessed several intimidations from MOT officials on the drivers.

Levi, a staff of Enugu North Mass Transit also pleads with the government to regulate the rate and powers at which the MOT officials operate. Mr Levi has these to say;

“They go about distracting the peaceful atmosphere of the state, they extort drivers, once they’re not sorted with at least 5,000, they will indict you”. 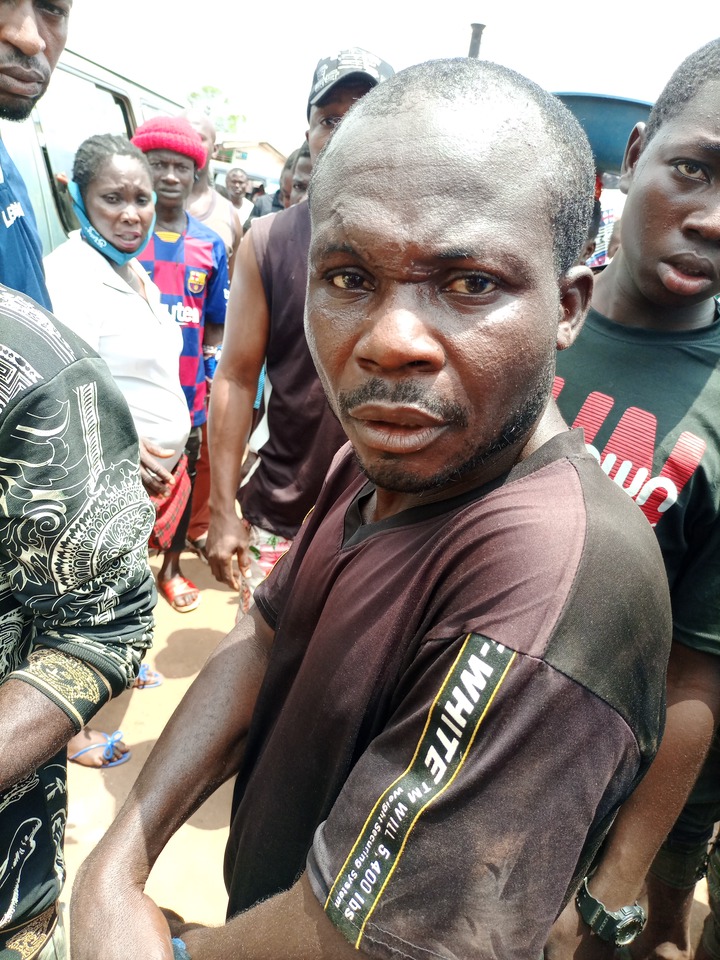 Another victim who sustained injuries will many goods destroyed.

Following the impression from the adage “Where a child points his finger, if his mother is not there his father is” I make bold to say that this issues arising from some unscrupulous individuals who have been employed into the Ministry of Transport, Enugu to have a living is becoming alarming as the powers vested upon them are being over used or misused.

We call on the Enugu state Commissioner for transport and the peace loving governor to set up a monitoring agency or spies to check the activities of some of these men who have been employed to monitor and correct traffic and to know if they’re really doing what they are employed to do.

Which ever way these checks can be done doesn’t matter but in order to avoid reprisals from the intimidated drivers something has to bee done.